OREO Presents a Cooking Show with a ‘Twist’, conceptualized by Digitas India 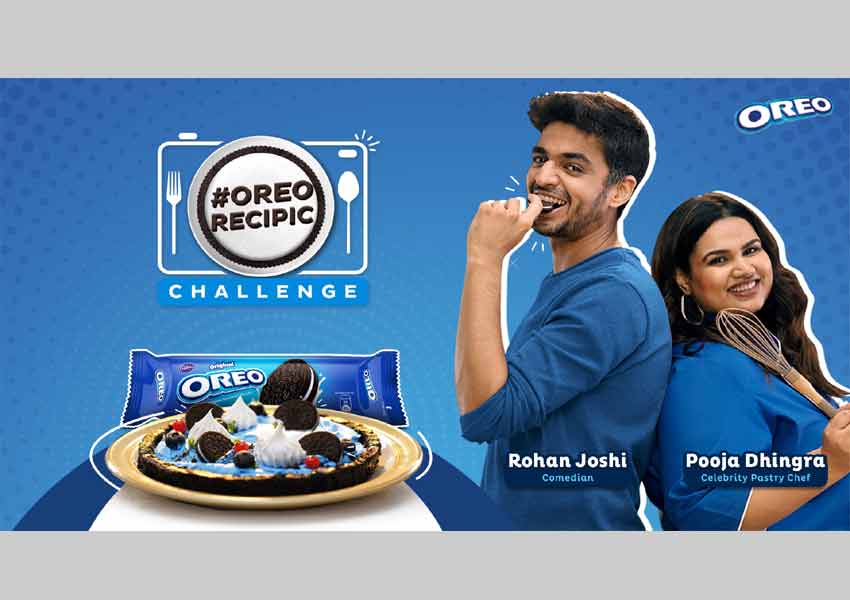 The year 2020 needs no introduction. But between the madness, the lockdown also sparked people’s creativity in the kitchen. Searches for Oreo recipes – simple snacks to elaborate desserts were on an all-time high. The humble (and versatile) cookie became someone’s cocoa powder, someone’s ready crust, someone’s topping, someone’s playful twist to a recipe. OREO was at the cusp of growing its equity in the kitchen. The Oreo ReciPic Challenge was conceptualised by Team POP, led by Digitas, to position the cookie asa baking staple in people’s minds, and pantries.

#OreoReciPic created a platform for people to not just win the grand prize but have their recipe feature in a cooking show. All they had to do was share their Oreo creations – no ingredients, no steps. Just a picture. Professional celebrity pastry chef, Pooja Dhingra was tasked with recreating the winning dishes,and fan-favourite comedian and our host, Rohan Joshiadded some fun to the mix.

Sudhanshu Nagpal, Associate Director – Marketing (Biscuits), Mondelez India, commented on the campaign saying, “As lockdown extended, we saw people finding themselves having fun in the kitchen as a way to break daily monotony. This led to a rise in the number of mentions for Oreo and users started sharing their recipes and love for the brand organically. We saw this as an opportunity to do something exciting for them, while strengthening our philosophy of enabling playful connections. #OreoReciPic, conceptualised by the team, was a great way to create an engaging platform that not just helped make Oreo synonymous with desserts, but also celebrated people’s growing creativity in the kitchen, while creating content that was fun even for non-bakers.”

In a cluttered content universe, Digitas rightly identified a unique pairing of creativity and camaraderie in the kitchen to stand out yet stay close to the brand. Each episode follows real life friends, Rohan Joshi and Pooja Dhingra attempting to replicate a winning dish from its picture with some interesting results. The humour and the opportunity to see an expert bring a picture alive on a plate, together made for a heady concoction of delicious entertainment.

Mark Mcdonald, Executive Vice President and Creative Head, Digitas India explained how the idea couldn’t have come in at a better time.He says, “At the back of the ‘At Home With Oreo’ campaign, we stoked a fire to cook with the cookie. #OreoReciPic was a level-up, and not just leveraged but multiplied a growing trend manifold. Serving the winning recipes through a unique device of ‘guessing from a picture’ made even long-format webisodes thoroughly entertaining to watch.Of course, selecting the right influencers was also important and we believe this was a winning selection.

As for ‘Oreo ReciPic’, I believe this asset is not just ever-growing but self-sustaining in the long run.”

Over the three months of campaign activity, the content reached out to more than 650 million users across Facebook, YouTube, and other video platforms.The videos also garnered over 230 million views and 5.5 million engagements across digital. The icing on this Oreo cake is the fact that the brand has secured a trademark for the words ‘Oreo ReciPic’ giving a permanent home for all unique creations that people continue to share with the brand! OREO has also put out an exclusive offline edition for the festive season featuring more user recipes and plans on continuing the offline editions along with the digital platform.

Commenting on the success of the campaign, Sonia Khurana, COO, Digitas India added, “It’s not just the numbers that speak of the success of the platform; it’s also the quality of the engagement. With over 1600+ recipes as varied, unique, and playful as an Oreo crumble chimney cake, Oreo kalakand, and Oreo choco bombs, the Oreo ReciPic platform has given an opportunity to people to enjoy their favourite cookie in their favourite way.”

The sweetest success is witnessing an increasing need to stock up on their favourite cookie not just to ‘Twist. Lick. Dunk’ but to crush, crumble, and cook with.

Follow @oreo.india and #OreoReciPic on Instagram for a curated feed of the finest Oreo creations, made in India’s humblest home kitchens!