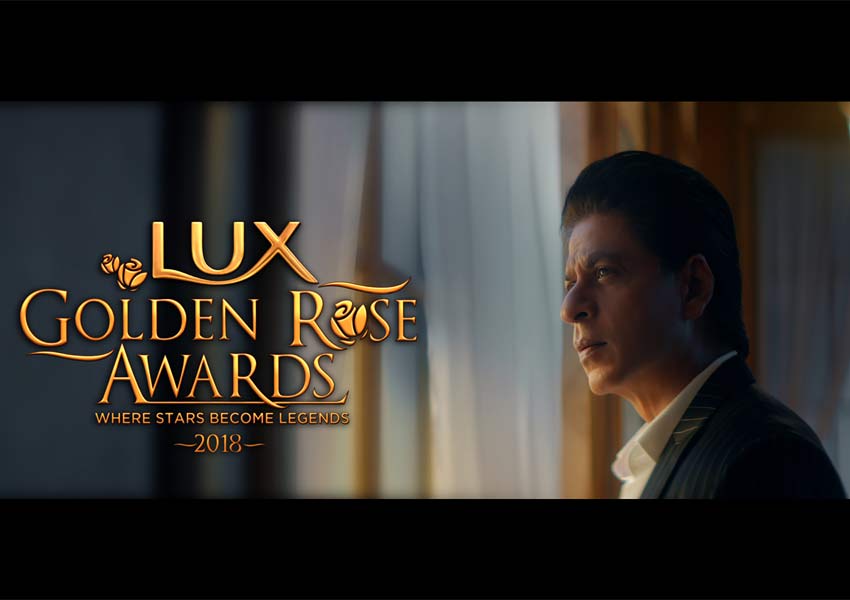 Lux Golden Rose Awards was conceived as an original concept to celebrate Indian female actors for their beautiful and indomitable performances on the silver screen. In its third edition, Lux has taken things one step ahead and extended its support to UN for its HeForShe movement.

Launched by the UN in 2014, HeForShe, a global initiative, is an invitation for men not to be bystanders and onlookers but involve them as active supporters who work along ­with women to create a better and stronger society. The awards will act as a platform to enable male members of the film fraternity to pledge solidarity with their female counterparts, standing together in support of the global movement for gender equality HeForShe, at this juncture when the industry is at a turning point.

Sandeep Kohli, CCVP Beauty and Personal Care, Unilever said, “Lux has been a celebration of beauty for the last 90 years, and we have a had the longest standing association with Bollywood through our star-studded legacy. Today, with the rightful attention being shone on issues that women have had to deal with for so long, we believe it is extremely important to extend our support for the HeForShe movement. I’m pleased to say that in the third edition of Lux Golden Rose Awards, we are carrying ahead our near-century long commitment to celebrate the women in Indian cinema through the male stars they have inspired.”

Tista Sen, Regional Creative Director, JWT, who has been associated with Lux for a decade now couldn’t agree more. “Lux Golden Rose Awards 2018 is all about a conversation that can herald change and a discussion that needs center-stage. For the first time ever the men of Bollywood celebrate and applaud the women who have been an inspiration for so many. Relevant and empowering #HeforShe encourages the menfolk to come forward and be a part of the rich legacy of lux and raise a toast to the women of Bollywood who are trailblazers, confident, fearless and full of fortitude and strength.”

Kareena Kapoor, Lux Diva and award-winning actress commented “According to the norms, the man is the bread earner. But if you see today, women are at the forefront too. I am in support of #HeforShe at the Lux Golden Rose Awards.”

Sharmila Tagore, Lux Diva and legendary actress of Indian cinema said “As a female actor in Bollywood back in the day, owing to some choices I made I was often perceived by some as a social suspect and by some as a woman ahead of her times. Both brickbats and bouquets by different sections came my way, however I stood my ground. Today my decisions have been vindicated both by my industry colleagues and viewers. Ironically those choices are even celebrated as game changers. True, it is empowering to make one’s own choices and continue to do what one believes in but it is even more joyful when we receive encouragement to do so rather than being questioned, put down or dissuaded. Creating gender solidarity is a positive concept and I congratulate Lux for their support to this significant movement of ‘HeForShe’.”

Madhuri Dixit- Nene, also Lux Diva and celebrated actress said “An initiative which makes us stronger together as an industry and as professionals is welcome. We need to recognise that the magic of performances comes when both genders equally contribute with their unqiue sensibilities. It is unfair when credit or dues are denied on basis of gender and I would like to commend Lux Golden Rose for its support to HeForShe and it will be wonderful to see our male counterparts identify unfairness and stand in solidarity with us”

Shahrukh Khan, who has often been vocal about his views on gender equality said, “On celluloid I have swept many women off their feet, but in reality women tend to sweep me off my feet. I strongly believe dues meted out should be according to merit and not gender. I am glad that we are using the Lux Golden Rose Awards stage, which celebrates Indian divas in support of UN’s HeForShe – an initiative which is the need of the day to create a gender equal world. I am glad to pledge my support and call out on audiences to pledge their support not only for divas who add beauty and magic in their lives, but women from all over”

Lux would like to urge the entire country to step forward, contribute to the movement and drive this change. Lux Golden Rose Awards 2018 will serve as a platform to showcase this celebration of women who have inspired men and pledge support for HeForShe.