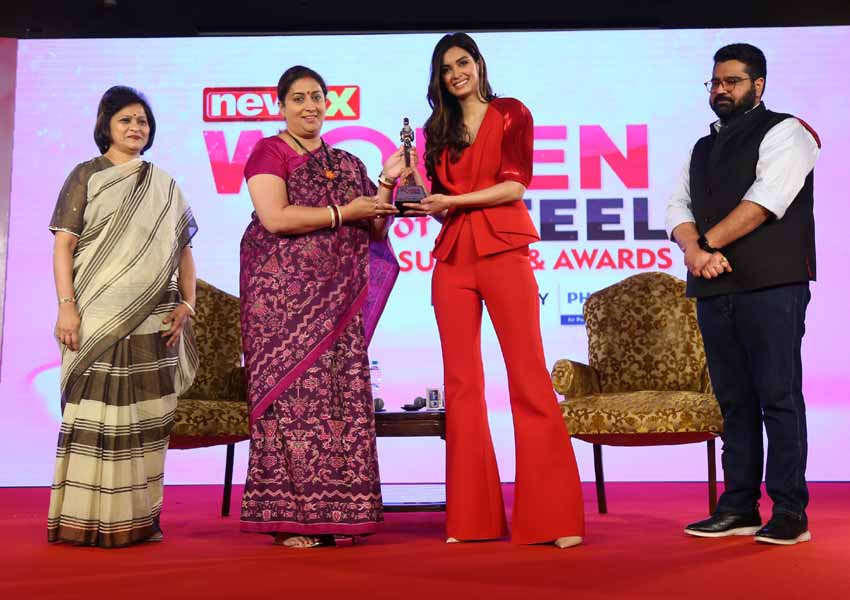 NewsX Women of Steel Awards were aimed to recognize the contribution of emerging women leaders which came from diverse backgrounds and professions and put the spotlight on the accomplishments of these fearless women.

Speaking on this event, Kartikeya Sharma, Founder and Promoter, iTV Network, said “At a time when women in our country have made great strides and have found a voice in creating a gender neutral and women empowered world, through the NewsX Women of Steel awards, we take this as an opportunity to honor, appreciate and recognize the zeal and dynamism of those iron ladies of our country who have not only excelled in their fields but have also acted fearlessly to change the world.”

On this occasion, Hon’ble Minister of Textile, Government of India, Smt. Smriti Irani felicitated some extraordinary women achievers with the NewsX Women of Steel Awards. The award selection was carefully screened and selected by an esteemed panel comprising members of the editorial board at iTV Network.

The summit and awards were attended by policymakers, celebrities, women entrepreneurs, NGOs and esteemed members of the civil society, who recognized the need to acknowledge the power of today’s women.

Tags:
Previous Article
Kakkar and Bilal Saeed Team Up Again To Thrill Their Audience With ‘La La La’!
Next Article
Taiwan Excellence Gaming Cup sees massive participation of over 4,000 contestants from across India