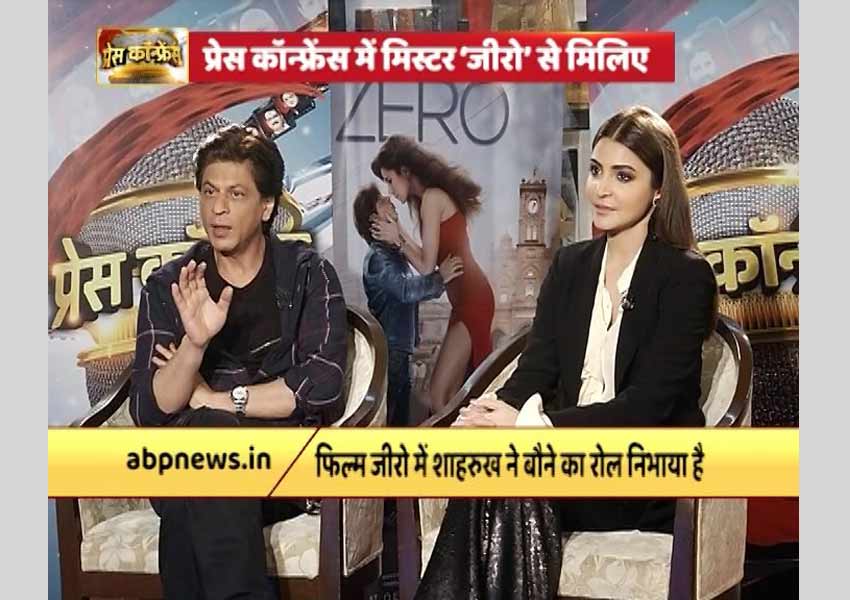 ABP News Network launched its 2nd edition of ‘Press Conference’ show. The award-winning prime time show will be hosted by Chitra Tripathi. The inaugural episode of the show was graced by Bollywood actors – Shahrukh Khan & Anushka Sharma. The show will be aired every Saturday & Sunday from 08:00 PM to 09:00 PM.

The 2nd edition has an all new format with real time participation from the viewers, wherein the anchor will interact with the viewers on the social media platforms. The questions posted on Twitter and Facebook by the viewers during the show will be answered by the participating guests making the show more engaging.

Mr. Avinash Pandey, COO – ABP News Network said, “This is the 2nd season of our award-winning show. Last year, this show had set a new benchmark in terms of an engaging format and creative content and this year we are coming up with an all new format, which has revamped to redefine the way talk shows are conducted & perceived on Indian television.”

Some famous celebrities from previous edition who have been instrumental in taking the show to newer heights were: Shri Arvind Kejriwal, Baba Ramdev, Shri Shivraj Singh Chauhan and Shri Amar Singh.

ABP News reveals it all in its new FPC