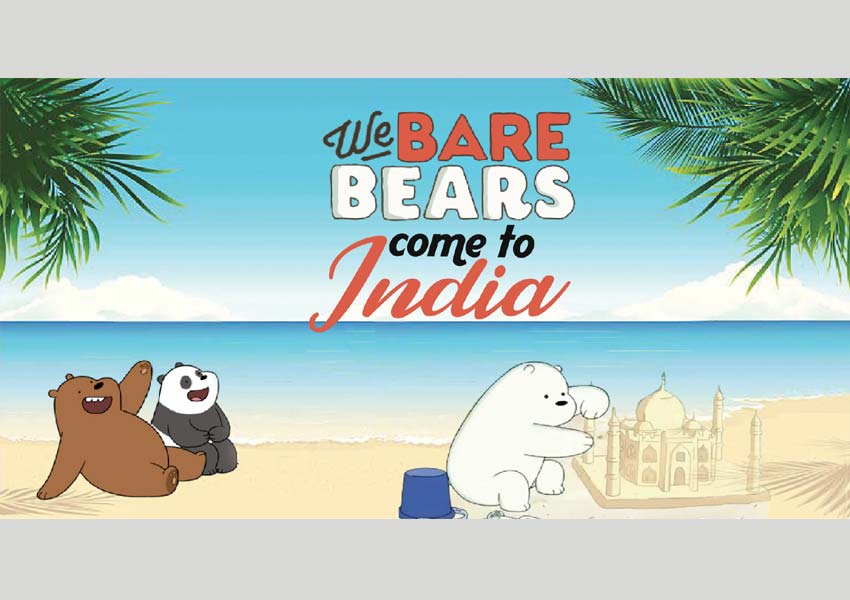 Make way for big-bear hugs as Grizzly, Panda, and Ice Bear, come to India! Cartoon Network’s We Bare Bears’ 2019 awareness and fan-engagement campaign ‘We’ll be There’ is all set to enter the Indian market after a successful run across Asia Pacific region.

Created by Daniel Chong, We Bare Bears follows the lovable three bear brothers – Grizzly, Panda and Ice Bear, in their ongoing attempt to fit into human society, how they always get into mishaps, but they make new friends along the way.

Taking its name from the lyrics from the show’s theme song, ‘We’ll Be There’ will include a host of events ranging from mall activations, social media influencer engagement, meet-and-greets with character mascots in key locations across India. The three bears will spread good vibes and paw-sitivity with bear hugs at malls such as Select City Walk in New Delhi, Phoenix Mall in Bangalore and Infinity Mall in Malad, Mumbai, starting September 2019.

“Cartoon Network is officially welcoming the bears to India. Grizzly, Panda and Ice Bear never fail to put smiles on faces wherever they go – and fans in India are going to love them,” said Vikram Sharma, Vice President of Cartoon Network Enterprises, Asia Pacific. “This is a really important franchise for us and we are working on many unique associations and collaborations for merchandising and brand partnerships. We’re sure that they will resonate with our legions of bear fans here, just as they have done in many other countries around Asia Pacific.”

One of the most popular Cartoon Network shows, We Bare Bears’ success has paved the way to several merchandise and licensing deals. A wide range of merchandise is now available to fans at Miniso stores across India, The Souled Store for fashion apparel and accessories, Tee Story for apparel as well, Clovia for Lounge and nightwear, Balenzia for socks and My Baby Excel for WBB Plush Toys, that are retailed out of Hamleys, Max Retail, Toys R Us, Landmark Stores, Shoppers Stop and online platforms such Flipkart, Amazon and Firstcry.com