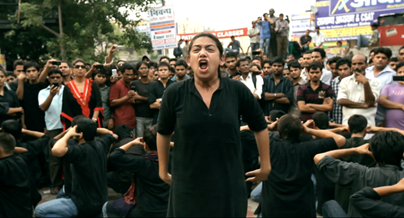 On 27th  December, 10:00 am, India wakes up to salute real heroes working to stop violence against women.

Viacom 18 to screen documentary Daughters of Mother India, across the network at 10 am to commemorate the third death anniversary of Nirbhaya.

In a first of its kind initiative for a National Network like Viacom18, they have adopted the documentary Daughters of Mother India. Most recently the film was awarded the National Film Award for Best Film on Social Issues by the President of India, Pranab Mukherjee. The documentary talks about how society and law enforcement need to join hands and work collectively to build a safer society for women in the country. This is a documentary that aims to keep the discussion around gender violence alive and bring awareness to the masses.

Stand up against gender violence, watch DoMI across Viacom18’s networks!