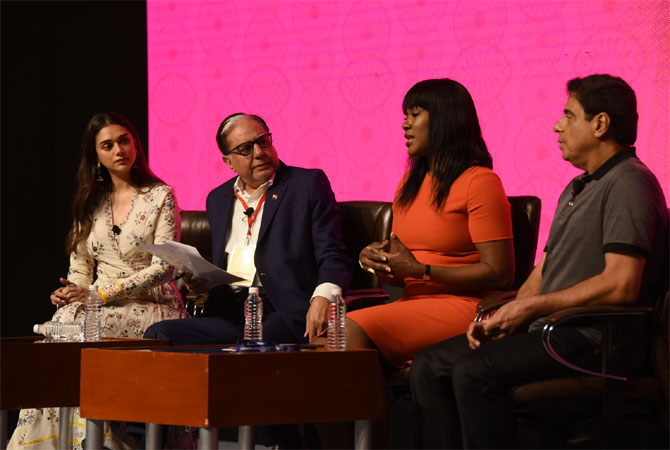 Moderating the panel discussion, Subhash Chandra, Member of Parliament, Rajya Sabha said, “In the initial days of television in India, there used to be only one film on television per week. When we started the first private television station, the film industry felt we are going to close down the industry by showing movies on television but the contrary happened. Now, the satellite television contributes to almost 50% of movie’s budget or even more than that.”

Commenting on the advent of digital in Indian films, Chandra added, “When you watch a cinema in a theatre, it’s a larger than life experience while digitally you see everything on a 5-inch screen. With Digital, there are no barriers today, you can cross over to various other mediums and that’s the beauty of the digital world.”

The panellists discussed in detail the challenges faced by the film industry especially in sourcing adequate funds, decreasing number of theatres and men-women ratio. During the discussion, the panellists highlighted the significant role of the Indian film industry in the Indian economy in terms of job creation and employment. The advent of digital in Indian films and its contrasting approach to that of the theatrical film experience was one of the main discussion points during the session. The panellists advocated for increased creative contribution by women as great writers, producers and directors. They also discussed and acknowledged the need to bridge the gender gap and to make the industry’s environment more conducive to women.  The discussed ended with a fruitful question & answer session wherein the audience was keen to hear the panellists’ views on the role of women in Indian and global cinema and the hurdles faced by them in their careers.