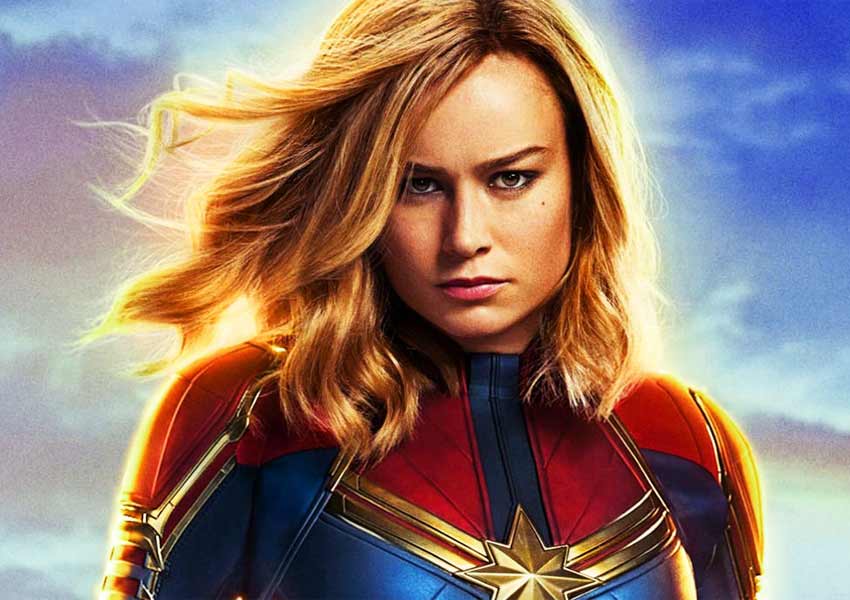 Marvel Studios’ Captain Marvel, the highest grossing female-led superhero film featuring Academy award-winning actress Brie Larson premieres this Sunday 8th March on Star Movies 1 PM and 9 PM. Captain Marvel is an all-new adventure from a previously unseen period in the history of the MCU that trails the journey of Carol Danvers as she becomes one of the universe`s most powerful heroes.

The film boasts an ensemble cast of Samuel L. Jackson, Jude Law, Ben Mendelsohn, Djimon Hounsou, Gemma chan, Lee Pace, Lashana Lynch, Gemma Chan, Annette Bening, and Clark Gregg. The film is a unique superhero film mainly due to its setting, characters and action. Major character developments will be seen in the film including Nick fury losing his eye in an unfortunate accident. This film will show you why Thanos needs to be terrified as he will be facing the ferocious and marvelous Captain Marvel in the next Film installment of the MCU – Avengers: Endgame.

Set in the 90’s, the film follows the story of Carol Danvers, Half human half kree warrior hero who is trying to end the expansion of Skrull rule on the galaxy along with Yon Rogg, her mentor and commander. Though she has extremely potent abilities, she is yet to master them. During a mission, she gets separated from her team and gets stranded on Earth, there she meets a young Nick Fury and teams up with him to prevent a catastrophe.

When Brie Larson was asked what are her thoughts on the character, she stated “I mean, I think she has an ego, but in a healthy way. She doesn’t have an unrealistic expectation of herself. She just owns that she’s really good and really skilled, which feels good to play. She also has an incredible sense of humor and makes fun of herself, makes fun of other people, has no issue if someone makes fun of her.”

Catch one of Marvel’s mightiest superheroes- Captain Marvel on Star Movies on 8th March 2020 at 1 pm and 9 pm.