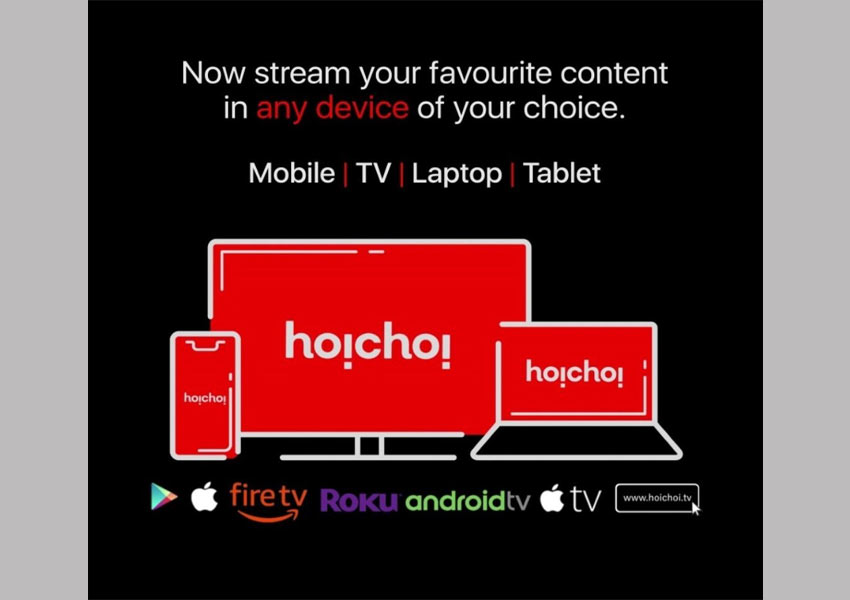 hoichoi announced they are now available across Android TV and Roku with seamless streaming of their content.

Recently, hoichoi celebrated their one-year completion on 19th September 2018 where they committed to uplift Bengali Digital entertainment by putting forward plans like adding an additional 100+ hours of Originals with 30 web series and 12 digital only films, which will increase the library to 2,800 hours of content, along with adding more films to the movie catalogue taking the number from 500 to 800+ movies. They have lived up to their promise of giving two Originals per month along with acquired movies, either old classics or new ones via World Digital Premiere (Durga Puja 2018 blockbusters Byomkesh Gowtro and Ek Je Chhilo Raja each got a World Digital Premiere this month).

Last year, hoichoi reached out to users who wanted to stream content on their TV by launching the Amazon Fire TV App and the Apple TV App and it already had enabled Chromecast. This year hoichoi looks to expand its audience base by introducing the hoichoi Android TV and the hoichoi Roku App.

Android TV is a version of the Android operating system where OTT platforms can stream their exclusive and shared content on their television like Sony among others, with voice-enabled search and more features. hoichoi’s Android TV App is available on the Google Play Store. Users can open the Google Play Store from their TV and download it.

Roku, is another streaming device which allows users to stream content on their TV and is very popular in the US Market. hoichoi launched its Roku App to target its ever-growing US Subscription Audience base. Among international markets, US has always been one of the top markets for the Bengali OTT platform. hoichoi will offer all its movies and original series in its Roku App. Users who have the Roku device can download the hoichoi App from it and can even purchase a hoichoi subscription within the App.

Vishnu Mohta, Co-Founder of hoichoi, commented: “This partnership with Android TV and Roku will enable our national and global audience to enjoy content from any medium as it marks a seamless integration of over-the-top content, digital video formats and connected TVs. Audience will consume content irrespective of whether it is on web, mobile, TV or OTT as long as it’s on a device of their choice.”

Tags:
Previous Article
Vidya Balan debuts as an RJ with 92.7 BIG FM
Next Article
Castrol Activ New Campaign Inspires Bikers to be the Spark for Change