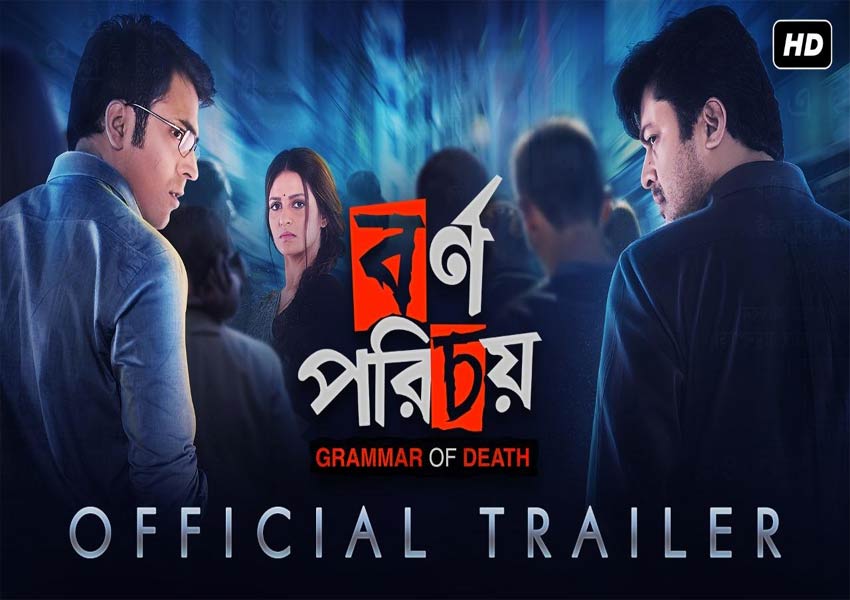 The wait for the first glimpse of Mainak Bhaumik’s highly anticipated thriller Bornoporichoy , finally came to a happy conclusion with the launch of the Official Trailer of the film. This is the first time the audience gets to witness Nationally acclaimed actors and Bengal’s two most desirable men, Jisshu U Sengupta & Abir Chatterjee, coming face to face in a lead roles.

The trailer starts with the introduction of two men – Arko (Abir Chatterjee), a man who has nothing to lose and Dhananjoy (Jisshu U Sengupta), a man who lost everything, locked in a gripping cat-and-mouse chase. While Arko goes on a killing spree which always end up in riddles, Dhananjoy, loses his family and job as he becomes obsessed in trying to uncover the truth.

The trailer ends showing that after a hiatus, Arko has returned to the crime scene and is giving Dhananjoy an open challenge to catch him. What happens next?

A dizzying suspense thriller with edge-of-the-seat viscerally exciting moments, Bornoporichoy is an adventure of good vs evil. It is a roller coaster ride that studies the grammar of death.

Talking about the response of the trailer, Co-Founder and Director of SVF, Mahendra Soni, said, ”Bornoporichoy is one of the most nail biting thrillers that the Bengali audience has seen so far and the trailer reactions are already proving the same.”

Directed by Mainak Bhaumik, Bornoporichoy also stars Priyanka Sarkar. Music has been rendered by award winning musician Anupam Roy and the gripping background score is given by Indraadip Dasgupta. The film is scheduled to release on 26th July 2019.