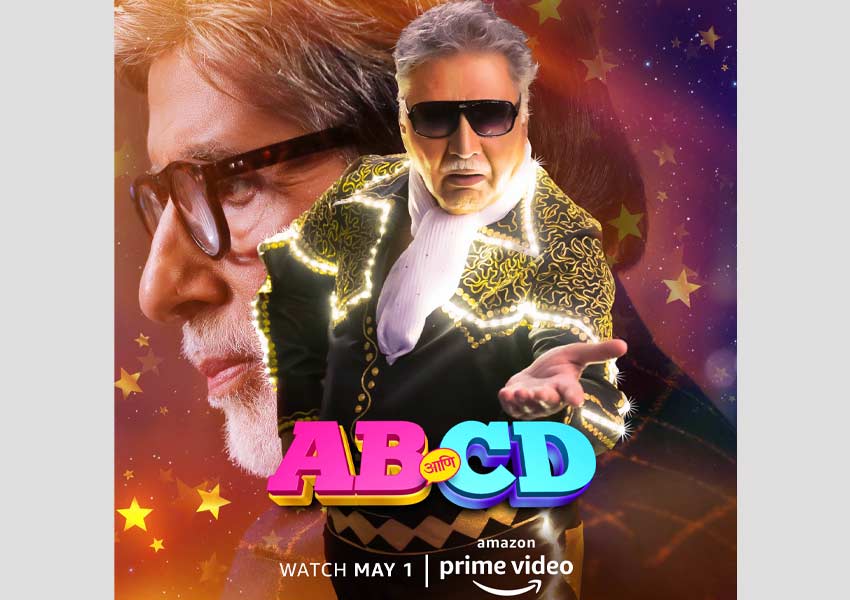 Amazon Prime Video together with Producer Akshay Bardapurkar announced the upcoming digital premiere of the recently-released comedy film AB Aani CD, on Maharashtra Day. AB Aani CD features superstar Amitabh Bachchan along with veteran Marathi actor Vikram Gokhale. AB Aani CD was one of the first few theatrical releases to be impacted by the nation-wide lockdown. The movie is all set to mark its digital debut on 1st May 2020, celebrated as Maharashtra Day, as an ode to front-line warriors fighting COVID-19 these difficult times. AB Aani CD is directed by Milind Lele.

Producer, Akshay Bardapurkar said “In the current circumstances, public safety and health is of paramount importance. It therefore made absolute sense to digitally debut this beautiful movie with our streaming partner Amazon Prime Video. In association with Prime Video, we are thrilled to release the film to mark Maharashtra Day and Labor Day as an ode to our all frontline heroes in the battle against COVID. It is our humble tribute to an enormous effort which will be remembered for a long time.”

AB Aani CD will join the thousands of TV shows and movies from Hollywood and Bollywood in the Prime Video catalogue. These include Indian-produced Amazon Original series like The Family Man, Mirzapur, Inside Edge and Made In Heaven, and award-winning and critically acclaimed global Amazon Original series, including Tom Clancy’s Jack Ryan, The Boys, Hunters, Fleabag and The Marvelous Mrs. Maisel, all on Prime Video, which is available at no extra cost for Amazon Prime members. The service includes titles available in Hindi, Marathi, Gujarati, Tamil, Telugu, Kannada, Malayalam, Punjabi and Bengali.