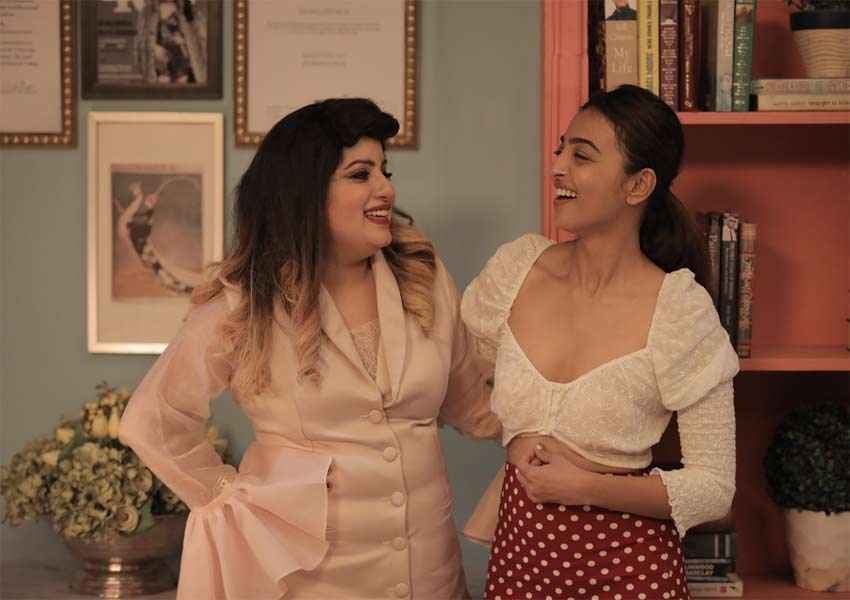 Gorgeous and versatile actress Radhika Aapte who has floored cinegoers with series of stunning performances opened-up about her hitherto little-known food habits in the final episode of TLC’s Midnight Misadventures with Mallika Dua. Radhika Aapte revealed that she loves Indian food and eats everything she likes. Her favorite food is Chaat and she can have Sev Puri for dinner.  Catch the most entertaining episode of the season with Radhika Aapte on 19th November at 20:00 hrs only on TLC.

Sharing a fond memory associated with food in conversation with Mallika Dua, Radhika mentioned, “Before getting married to Benedict, I went out on a date at my favorite Vietnamese restaurant in London with him and ordered a pancake. I was so involved in food and didn’t realize that the sauce and stuffing was all over my hands and I was not eating in a very sophisticated way. But he loved the way I was involved in food and fell in love with my careless way of eating. It’s been 7 years and we really go to this restaurant whenever we are in London.”

Watch finale episode with Radhika Aapte as a guest on Midnight Misadventures with Mallika Dua on 19th November at 8 PM only on TLC and its official YouTube page RISE BY TLC.