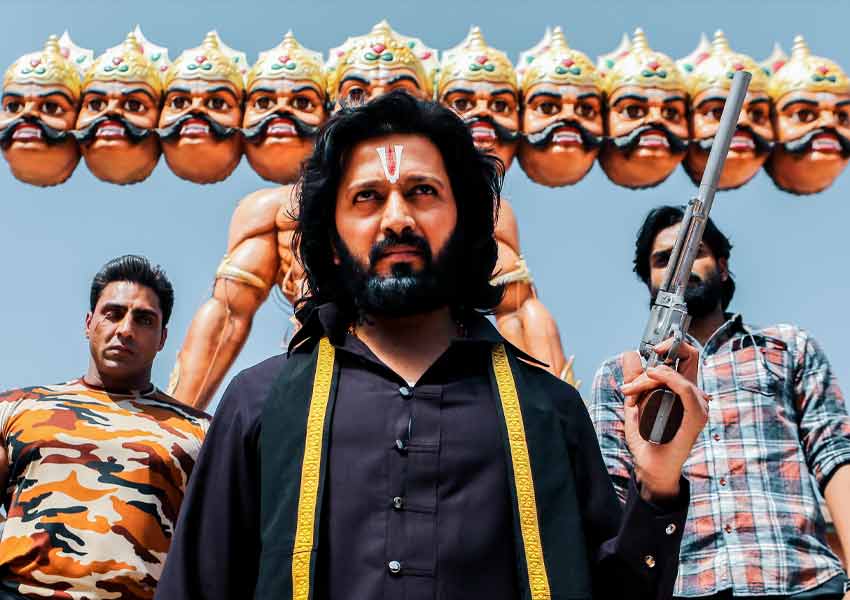 Ever since the first look of Marjaavaan came out, it has managed to pique the audiences. Riteish Deshmukh ‘s character is one of the most talked-about post release of the trailer. After showing some negative traits in Ek Villain, Riteish is back to show some villainous avatar in Milap’s next directorial – Marjaavaan. It is after 5 years, Sidharth and Riteish will be pitted against each other yet again after Ek Villain.

In Marjaavaan, Riteish Deshmukh who will be portraying a vertically-challenged antagonist, named Vishnu, is already grabbing eyeballs with his kohl-lined eyes and a Trishul-shaped tikka on his forehead. Riteish’s never-seen-before avatar has much more in the store to showcase that just his dwarfness. The dialogue from the film ‘Kamineypan ki height teen foot’ fits his description to the T. Riteish who will be seen delivering many such dialogues on screen also had a rigorous shooting process too. Speaking on it, Milap says, “Riteish’s villainous role had to be better than the last time. I decided to raise the bar by scaling him down in size. Even though he is a dwarf, his character is larger than life. To sum up it is teen foot ki kad aur che foot ka kaminapan. The part is extremely wicked with dark humour, great punch lines and some crazy face-off scenes with Sid”.

Riteish Deshmukh quote on playing a different role says, “Vishnu is one of the most exciting characters that I have been offered till date. Despite being vertically challenged, he is larger than life. He has a certain attitude, is ruthless and a Kamina. At the same time, he has an emotional bond with his father and has insecurities with Raghu (Sidharth’s character). When this was offered to me by Milap, I instantly jumped on it. I liked Vishnu because it is an extremely layered character – a negative vertically challenged. After Ek Villian, this is one of the most exciting characters that I was offered.”

Bhushan Kumar says, “The audiences are already in awe of Riteish’s acting caliber since years and in Marjaavaan you will see him offer something different. Milap has developed his character so well that will add Riteish’s role as ‘Vishnu’ in the most popular grey characters in Hindi film.”

Producer Monisha Advani adds, “While the love story of Marjaavaan won me over, the character of Vishnu, played by the inimitable Ritesh Deshmukh, convinced me that we had the responsibility to create an iconic villain for all times in Hindi cinema. Having watched the film, it is undoubtedly the seamless collaboration between Milap, Ritesh and technology that has delivered this promise.”