Rohan Sippy and Rajesh Sharma to debut on TV with Discovery JEET’s show- ‘Khan No.1’ 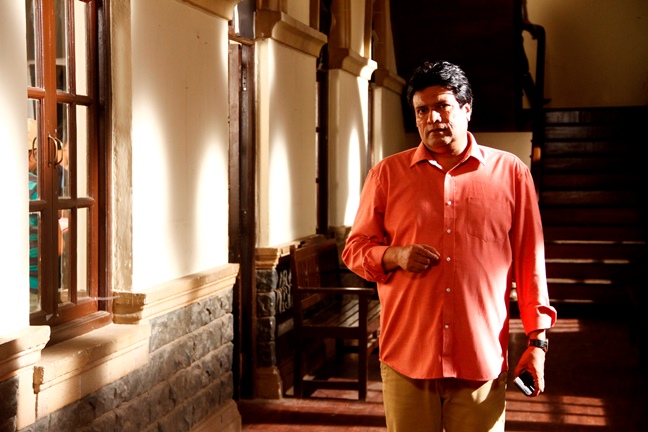 Renowned Indian film director Rohan Sippy will don the hat of a producer for the first time on Indian television with the crime show ‘Khan No 1’ to be showcased on the upcoming entertainment channel Discovery JEET. Rohan Sippy has immensely talented actor Rajesh Sharma in company as a co-debutant on TV. Rajesh Sharma who impressed one and all with his acting skills in blockbuster Bollywood movies like Toilet – Ek Prem Katha, MS Dhoni: The Untold Story and many more will be seen playing the title role of Inspector Khan.

Inspired by true events, ‘Khan No 1’ throws light on scams and cons committed by Con-men/women. It is a window into the minds and lives of people who have chosen crime as a solution to their problems while Inspector Khan is the fictional central character – a ‘Crime Hunter’, a smart, witty, well-experienced cop specializing in solving scams/cases.

“Khan No. 1 is an exciting opportunity to create an episodic fiction show for Discovery JEET, featuring stories inspired by true life cons and scams from fake weddings, to online shopping fraud, to Bollywood related scams, and many more,” said, Rohan Sippy,Indian film director & producer. “In each of these unique episodes, the talented actor Rajesh Sharma is the host and investigator, Inspector Khan – who unravels these stories for the audience. His presence and persona combined humour and drama, creating a fun & intriguing mood for the show.”

Inspector Khan, played by Rajesh Sharma, is a decorated officer in the Mumbai Police crime branch. Twenty years in the force has sharpened his analytical abilities. He can assess individual’s character with the slightest of exchanges and has this uncanny ability to sniff out a lie. Talking about his debut on TV, Rajesh Sharma, said, “I am very excited to be a part of ‘Khan No 1’ as this is going be my first show on television. For me, Films and TV both are equal and I have never seen TV as a small medium. I think it is the role and the character which speaks and not the medium. I am enjoying my role as Inspector Khan who is not only smart but is funny and a very relatable person as well.”

The soon to be launched GEC channel ‘Discovery Jeet’ will bring together Discovery’s unmatched storytelling and the best of real life entertainment through larger than life stories aimed at inspiring millions.

Tags:
Previous Article
Must-Watch Shows In 2018 On Colors Infinity
Next Article
Budweiser Experiences launches its first ever TVC in India

Discovery JEET set to disrupt the GEC market in India