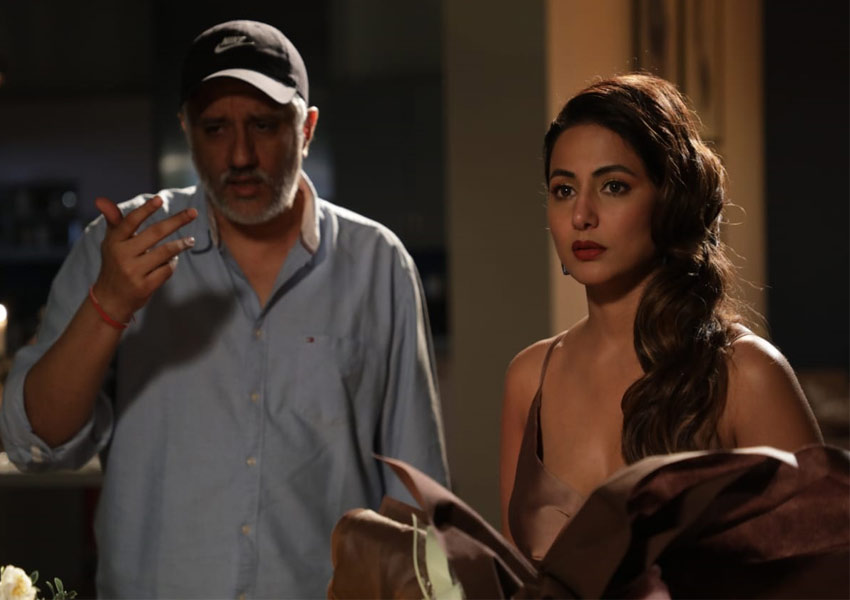 Vikram Bhatt’s forthcoming film, Hacked, that was announced in March this year with none other than television sensation Hina Khan has been wrapped and the film is all set to release on 31st January.

Hacked is an edge of the seat gripping thriller and as the name suggests, it explores a very topical issue – the dark side of the digital and the social media world.

In our times we have become what we google. We are the sum of our google history. What should happen if someone gets a hand on it?

The film throws light on cybercrime and shows how putting out everything, there can be dangerous.

Hina will be seen in a glamorous avatar of an editor of a fashion magazine in the film.

The film has been in news for its interesting concept and is surely awaited among fans of Hina Khan and Vikram Bhatt.

After giving hits like Kasoor, Ghulam, Raaz and Awara Pagal Dewana, the director, producer and screenwriter Vikram Bhatt started the trend of Horror films with his film 1920.

Hacked is however not a horror film but a thriller says Bhatt.

“Hacked is about the perils of our online lives and talks about how in today’s time everything about everyone is just a click away, nothing remains exclusive or private.” Says the filmmaker.