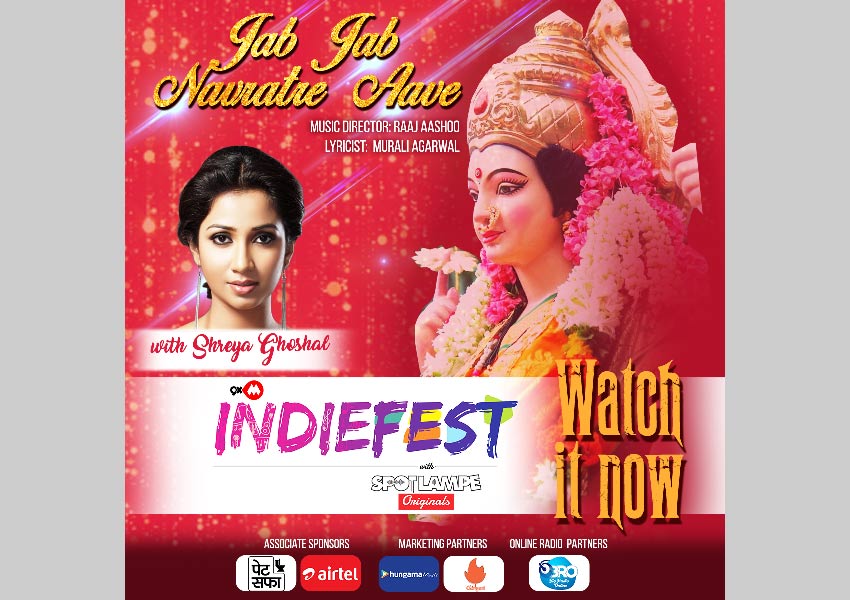 Speaking about this beautiful ode, singer Shreya Ghoshal said, “Being an ardent devotee of Devi Maa, I feel blessed to record ‘Jab Jab Navratre Aave’ song! The festival of Navratri is one of the most revered festivals where we worship Goddess Durga and her various forms which are the epitomes of power and have the ability to bring in anything desired. This new devotional song will definitely resonate with the listeners, spreading positivity and colour in the gloomy pandemic.”

‘Jab Jab Navratre Aave’ is the first track launched as part of ‘9XM Indiefest with SpotlampE Originals’ initiative to brighten up the festive season from October to December. There would be three months of super hit originals by leading Bollywood singers, brought straight to the viewers’ home by 9XM and SpotlampE.

Commenting on the initiative, Rajitta Hemwaani, Chief Content & Operating Officer, SpotlampE said, “After the super success of Shaan’s original track dedicated to Lord Ganesh this year, and bringing back the gaiety and happiness beginning Navratri we thought what better way to start the happy festive season than with Shreya’s melodious ode to Devi Maa. This would be followed by non-stop hit releases across our screens, right till December 31st, culminating the Indiefest with a bang!! We are extremely happy with the way this initiative is shaping up and we are pleased to see artistes excited about this one!”

‘Jab Jab Navratre Aave’ will be extensively promoted across 9X Media Network and its social media handles. Hungama, BIG FM and Chingari app will also promote the Song on all their platforms. This melodious track will also be available across all Audio & Video streaming platforms & on YouTube.

Tags:
Previous Article
‘Race for the White House’: CNN-News18’s reportage of US Presidential Elections
Next Article
Backed by PHD Media,Supermoon Drive-In was presented by ŠKODA 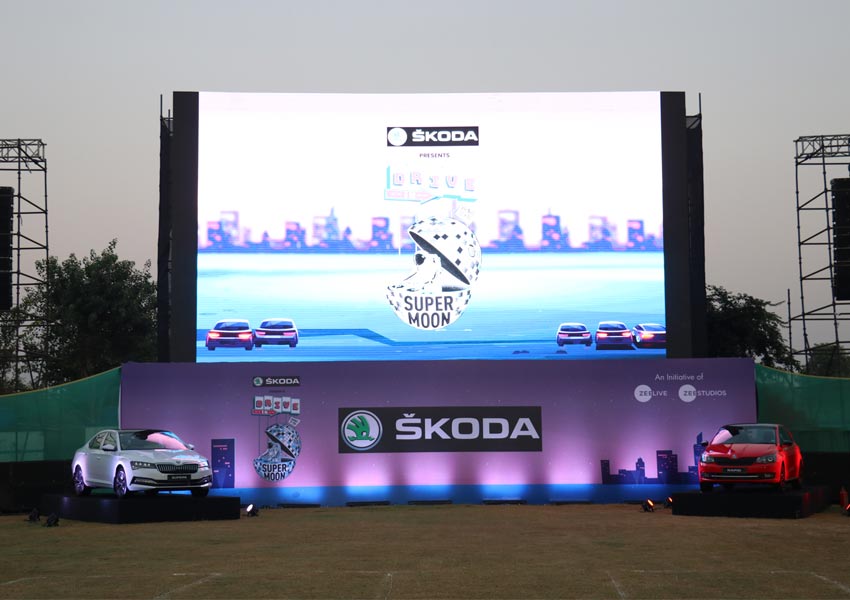