92.7 BIG FM, India’s largest and No.1 radio network, after the grand success of its previous four editions, is back with the fifth edition of ‘BIG Chandigarh Marathon.’ The mega annual event, slated to take place on 26th March in Chandigarh in association with Exotic Grandeur, will drive the message ‘Our City Our Pride’ among listeners. It will salute the efforts of the individuals and administration of the Tri-city that contributed to positioning Chandigarh as ‘City Beautiful’. The marathon witnessed participation from over 10000 citizens in its last edition and this year, it is poised to get bigger and better with over 15000 citizens expected to participate.

Every year, BIG Chandigarh Marathon spreads awareness about a particular aspect of the city and invites professional runners and citizens to participate, or as the name suggests, to ‘Run for City Pride’. This year, the marathon will serve as a platform for everyone to stand up for the city’s pride and to recognize the people behind Chandigarh’s remarkable journey. The activity, spanning across 5 weeks, will highlight the growth, achievements, innovations and decisions that contributed to the development of the city from week 1 to 4. The last phase will focus on putting the citizens and the administration together in perspective, with an aim to discuss the way forward for the betterment of the city.

Commenting on ‘BIG Chandigarh Marathon’, spokesperson of 92.7 BIG FM said, “92.7 BIG FM has always supported initiatives that ring in a strong societal connect. After 4 immensely successful editions, we are proud to bring the 5th edition of ‘BIG Chandigarh Marathon’, by virtue of which we are providing a platform for the citizens to support the pride of their city. We are further magnifying the activity extensively across platforms to deliver maximum value to our stakeholders.”

92.7 BIG FM has tied up with several schools, colleges and NGOs to ensure maximum involvement of the youth. The radio station has also garnered support from government bodies and celebrities. Actors Jimmy Shergill and Sargun Mehta will be gracing the launch ceremony of the activity. Taking their ethos of giving back to the community further, the radio network intends to utilize funds raised through this campaign to donate an ambulance service, support an old age home or orphanage and provide furniture to a special aid school with the support of the Chandigarh administration.

The marathon will classify the participants into two categories, one being ‘Run for City Pride’, which is a 5km run open to all, and the second being 21.1km ‘Half Marathon’, which includes professional runners and enables participants to register through a dedicated macro-site bigchandigarhmarathon.com. Interested citizens can register by giving a missed call on 18001370927.

The campaign will be amplified through extensive 360 degree marketing and digital activities spanning over a period of 45 days.

Radio City Associates with Leading Musical Artists Across the Country 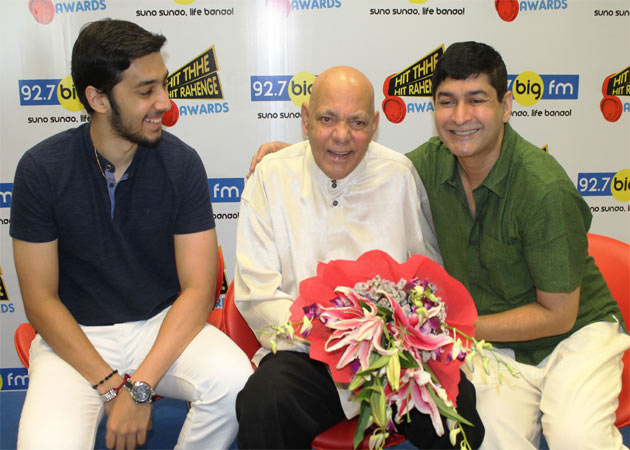