Mumbai City FC announces its final squad for the 2nd edition of the Hero Indian Super League. The squad comprises 26 players from different parts of the world like Brazil, Spain, Ireland, Haiti, Tunisia, France, Czech Republic, and all across India.

AitorFernándezLópez is the newest overseas player signed on by Mumbai City FC. A versatile 29-year-old Spanish defender, Aitor’s effusive energy and experiencearevaluable additions to the team. Having begunwith Racing de Santander, Aitor signed up with RCD Espanyol in 2009, before moving to Pontevedra CF. In 2012, he signed a two-year contract with CD Guadalajara and made his SegundaDivisión debut against AD Alcorcón. He also represented Mirandes in the last season of the Segunda División; the second-highest division in the Spanish League football system.

Mumbai City FC, now back from their successful pre-season training session in Dubai, is fully rejuvenated and geared up for the league. With more experienced Indian and international players drafted in the squad, the team looks promising and in good shape. This season,under the guidance of marquee manager and player Anelka and assistant coach, Oscar Bruzon,the team is prepped to start their campaign against FC Pune City on 5th October. 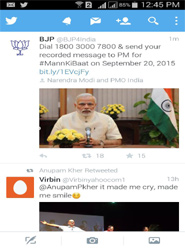