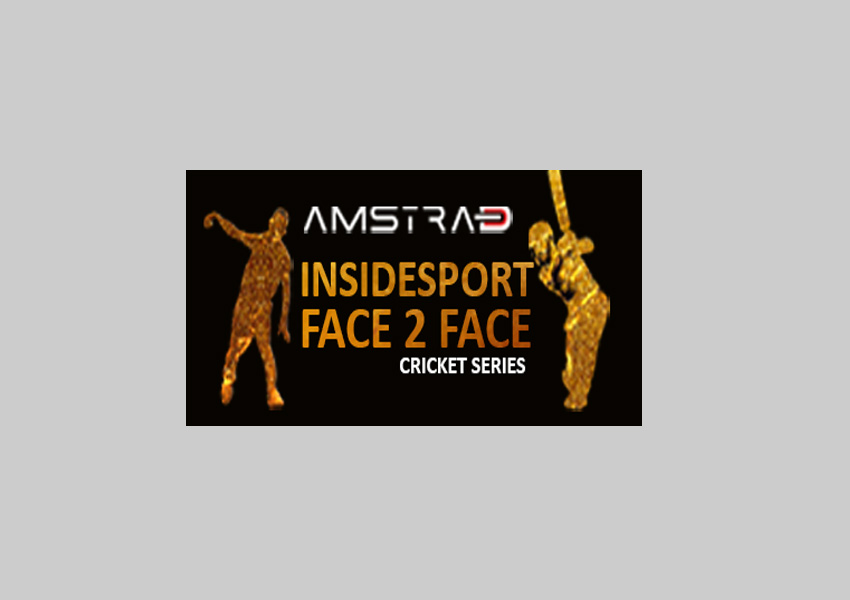 Former Australian captain and Head Coach of the Delhi Capitals, Ricky Ponting, featured in the first episode on Saturday.

Other star cricketers to feature in the 12 episode series will include the likes of Anil Kumble, Rohit Sharma, KL Rahul and Suresh Raina, among others. The guests will be seen discussing their careers, the Indian Premier League and much more in a 20-minute tete-a-tete.

Renowned sports anchor Sanjeeb Mukherjea will host the show which is powered by Amstrad India.

Speaking about the series, Ashish Chadha, CEO, Sporty Solutionz/InsideSport said, “InsideSport.co is the most authentic and credible editorial destination for the sports fans in the country today. With “Amstrad Face2Face Cricket Series” we will take cricket fans closer to their stars during the IPL 2020. We are sure the fans of sport in India will enjoy the initiative and will like these candid conversations.

Nipun Singhal – Managing Director – OVOT Pvt Limited from Amstrad India, commented on the association and series saying, “Right from its inception AMSTRAD has been a brand that has been supporting sports. We are proud to partner with InsideSport and bring a wide range of interviews with cricketing legends in the next few months”

Navroze Dhondy – Managing Director – Creatigies Communications Pvt Limited commented on the association and series saying, “It was special working closely with InsideSport to create the “AMSTRAD – INSIDE SPORT FACE 2 FACE Cricket Series”. We are certain that the interviews with the Stars will provide some very interesting insights, as well as work well for the brand AMSTRAD to connect with its Target Group”

InsideSport which has grown immensely over the last few years has crossed as many as 10 million monthly active users threshold recently as per the latest Google Analytics Data.

The platform is most well-known for its insightful editorial coverage of the business side of the sports and is now expanding its horizons. From being a purely news-based platform, InsideSport will now offer a variety of new-age engaging fan-content with a special focus on the video content.

The series went LIVE on the first matchday of IPL 2020, i.e. Saturday (September 19, 2020) at 4:00PM on the website: Amstrad Face 2 Face Cricket Series and on InsideSport’s Social Media Channels: