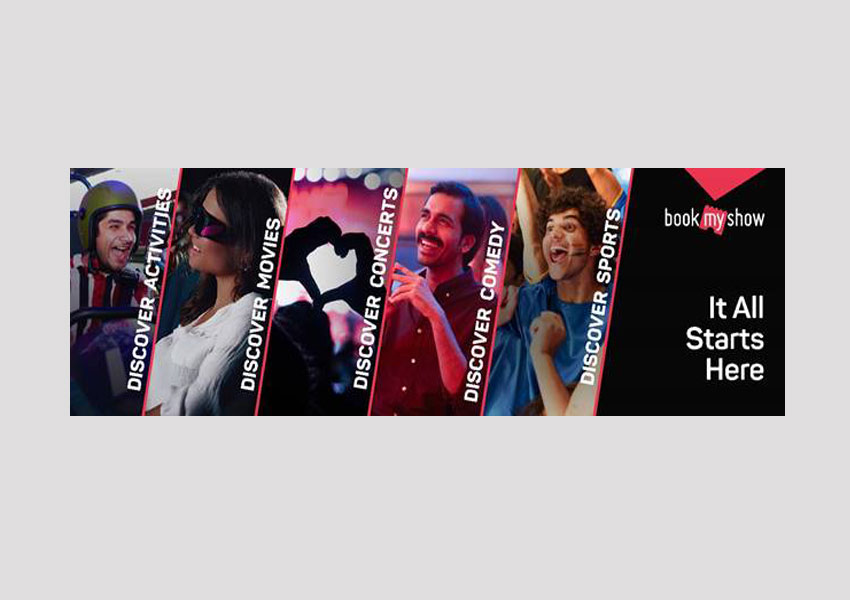 ‘It All Starts Here’ traces the company’s two decade long journey, mapping its evolution from an online ticketing giant to full stack management of entertainment experiences, shifting from a transaction-only offering to a discovery engine that enables wholesome and varied experiences in the out-of-home entertainment ecosystem.

This campaign has been launched through a specially made film capturing the spectrum of emotions and reactions of people when they consume a live entertainment experience, across genres. The film that will be aimed at audiences pan India has been shot in multiple languages including English, Hindi, Tamil and Telugu.

“Over the last two decades, BookMyshow has been at the forefront of delivering unparalleled entertainment experiences, first as India’s largest online ticketing platform and over the years, as facilitator and curator of global and home-grown live entertainment experiences. We have been committed to ensuring the best in class out-of-home entertainment, by bringing marquee experiences including movies, live music concerts, theatricals, stand-up comedy, sporting extravaganzas and much more, for Indian audiences. BookMyShow’s new campaign Entertainment Ki Nayi Bhasha, is a further step towards introducing all audiences to each of these entertainment categories and our role right from offering the ease of a transaction to completing the entire consumer experience of the entertainment they choose on our platform. It cements BookMyShow’s position as India’s go-to entertainment destination, where for entertainment-lovers, It All Starts here,” said Marzdi Kalianiwala, Head – Marketing and Business Intelligence, BookMyShow.

Over the past few years, BookMyShow has transformed and redefined the entertainment ecosystem in India as movie-goers’ preferred choice for their favourite films week after week as also bringing some of the most loved experiences globally including U2: The Joshua Tree Tour 2019, NBA India Games, Marvel Avengers S.T.A.T.I.O.N., Cirque Du Soleil BAZZAR, Disney’s Aladdin, Ed Sheeran’s India Tour, Justin Bieber’s India tour, AR Rahman’s Encore concert, elrow – the world’s craziest party amongst others, all accomplished at par with global standards.