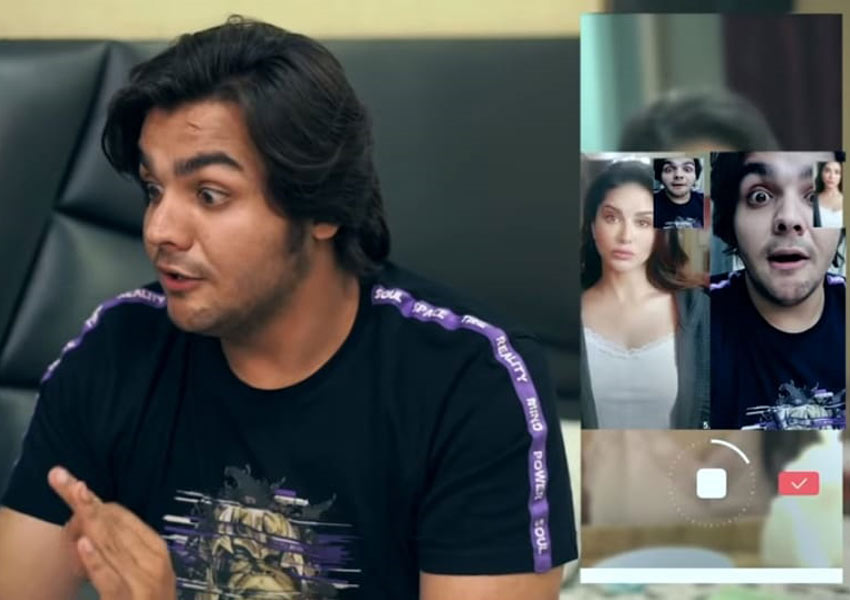 Did you get a video call from Sunny Leone for seeking your new year plans and sharing her plight of spending the New Year eve alone? You may have come across many people talking to Sunny on their phones or screenshots of video chat between your friend and Sunny Leone. Anyone with a decent camera phone can have the opportunity to win a chance to go on a date with Sunny Leone. VMate’s #SunnyKaNewYearCall is already going viral amongst Indian users which has garnered around quarter million views on Sunny’s social media for the campaign. The year-end New Year Dhamaka Campaign #SunnyKaNewYearCall is to welcome 2020 with high energy. To participate, one can download VMate from Google Play for free and tap on the New Year Dhamaka Campaign banner under ‘Trending’ section of the app. Make a creative video with Sunny Leone video call sticker and share with your friends to get Likes and stand a chance to go on a date with Sunny on 8th January 2020.

The campaign is in its early stage and has already garnered over 30,000 videos where users are adding their own touch to create personalized videos. Apart from participating, users are enjoying these video’s very much as there have been over 5.5lakh views already. The weeks’ time is more than enough to witness more participation in the coming days as many YouTubers have already started making funny videos around the same like Ashish Chanchlani, RVJC media and Funcho. The videos are already viral and trending on social media.

Ms. Nisha Pokhariyal, Associate Director, VMate said, “The lottery system has now given equal opportunity to every fan and VMate user to win the big prize, ‘a date with Sunny Leone’. With so many days in hand, the field is very much open for anyone to emerge as Mr. V. We are already looking at another viral campaign of VMate in the making.”

A growing number of enthusiastic creators are experimenting with first-of-a-kind Sunny Leone video calling interactive sticker making it the highlight of the campaign. The campaign gained instant buzz after Sunny Leone’s speculated new year date was named as Mr. V turned out to be VMate, the platform which is allowing every user an opportunity to be Mr. V in real life and go on a date with Sunny, taking the excitement to the next level among Sunny Leone fans as well as VMate users. Apart from making videos, users are to get rewarded for every friend they successfully invite on the platform.

VMate has become a rage among the youth of India across the country for introducing exciting social media campaigns which also allow them to win bumper prizes such as a car, a scooty, latest smartphones, and more. Recently, VMate had concluded its #VMateFilmistan campaign with more than 7.8 lakh people winning prizes worth Rs. 2.65 crores. In the past also, VMate gained popularity for introducing unique campaigns such as its association with Nach Baliye Season 9, Diwali Campaign and more. Many VMate creators, who are common people, are earning money via VMate videos and transforming their lives by achieving their dreams.

Tags:
Previous Article
Sandeep Anand’s Directorial Debut is getting him accolades
Next Article
Arjun Bijlani Makes a Debut in a Music Video presented by VYRL Originals