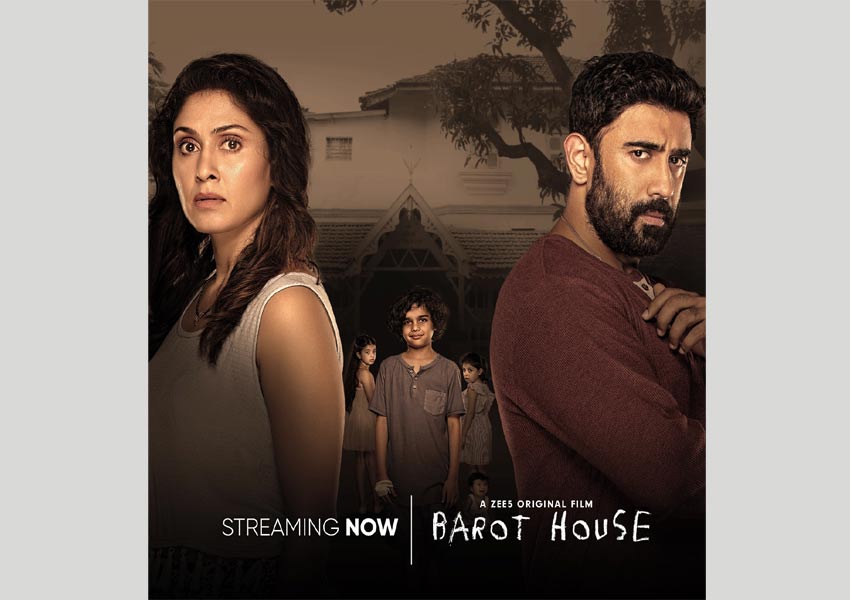 Barot House is the story of a picture-perfect family, a gruesome murder followed by a shocking revelation. The film has been packed with a tight narrative, fantastic performances and amazing cinematography making Barot House a must watch for all.

Amit Sadh shares, “I am truly glad that Bugs cast me for this role. I have learnt a great deal from him and also from the kids who are part of this film. In spite of the gruesome acts, the children kept the mood light on sets. It has been a delight working on this film and I am glad it has been backed by a platform like ZEE5, which is changing the Indian OTT landscape every day.”

Manjari Fadnnis shares, “I have played a few intense roles in the past but never to such an extent as needed for my character in this film and the range of emotions I needed to portray in it. I had to revisit certain emotional memories I’d rather have never gone back to. So, this film was a complete emotional roller coaster ride for me. My character has been beautifully layered and infused with complexities. The story is compelling and an absolute must watch. I hope audiences tune in to ZEE5 and watch it this week.”

Director Bugs Bhargava said, “Some stories just call out to you. They have such a strong human truth that they have to be told. Barot House was one such story. Yes, it is shocking. And that is the reason it is hypnotic. It will keep the audience hooked. It was a mercilessly difficult schedule. But the cast led by Amit Sadh were super troopers to say the least. I am delighted with the way the film has shaped up. Amit and Manjari are truly superb. The kids in the film were a revelation to me on the shoot. ZEE5 is a truly outstanding creative partner. With their tremendous support I am sure the story will go across our country.”

Commenting on the launch, Aparna Acharekar, Programming Head, ZEE5 India said, “At ZEE5, we are constantly on the lookout for stories which are intriguing and Barot House is the latest addition to our content library. The film has a compelling narrative which is sure to keep the audiences engaged. The team has worked extremely hard and we now hope our audiences appreciate the film.”