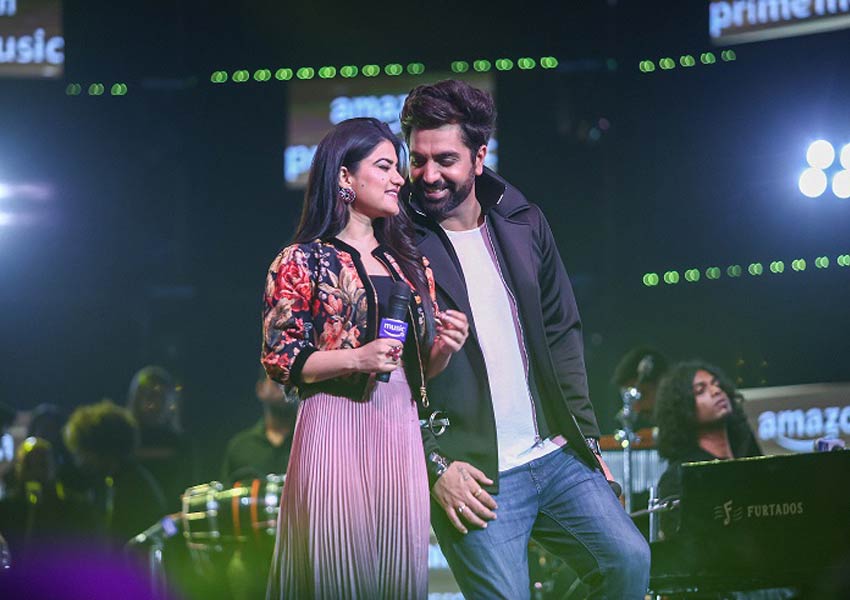 Sahas Malhotra, Director, Amazon Prime Music, said, “We are very happy with the response received on the new season of MixTape Punjabi on Amazon Prime Music. Prime customers enjoy singing along with lyrics to Akhil Sachdeva’s super hit track Tera Ban Jaunga (Kabir Singh) and love listening to popular tracks crooned by Kaur B including Paranda and Kaafiron. We are excited to present the latest mixtape by Akhil Sachdeva and Kaur B, ad-free and exclusively first on Prime Music.”

While Akhil is riding on a high wave for crooning the love anthem of the year — Tera Ban Jaunga (Kabir Singh), Kaur B is riding high on the success of her last Punjabi hit, Kaafir. Director duo – Radhika Rao and Vinay Sapru put up a terrific show that will surely transport you into a soulful, metaphysical world of a different kind.

Sharing his excitement on collaborating with Kaur B and the song creators, Akhil says, “Shooting for T-Series MixTape Punjabi’s Season 2 is always fun. I have always been a part of it since the time it began — in Hindi and Punjabi both. In the second season, the sets have become bigger and the makers have come up with a different way of shooting the song. Kaur and I had a fun chemistry which people could see. I think the uniqueness of her voice and texture combined with my vocals would be the USP of the song. I have been a performer since the last ten years, so performance comes naturally to me. I feel engaging and connecting with the crowd is the most amazing thing to do.”

Describing her experience of singing for T-Series MixTape Punjabi Season 2, Kaur B says, “It was an amazing experience. This was my first time with MixTape.  I’m glad I got the opportunity to work on something so amazing with Akhil Sachedva  who is such a good performer and vocalist. The experience was really different from singing a normal song because in this we collaborate to sing two songs as one. I would like to thank the entire MixTape team for such a wonderful experience.”

Elaborating on his experience of shooting the song, director Vinay Sapru says, “Akhil and Kaur B’s episode is one of our most favourite because it’s too melodious and brings back the memories of old classic romances such as Heer-Ranjha and Romeo-Juliet. There was a Heer-Ranjha kind of chemistry between Akhil and Kaur. Akhil is like a tall and handsome prince charming belting out these heart-wrenching melodies and Kaur B is like a Japanese doll. The way, they both were interacting and singing together on stage was absolutely adorable. The experience of shooting the song was pure magic and everyone in the crowd was blown apart because they knew each and every word of the song. The audience should see this episode to witness a pure, classic, unadulterated romance. It’s one of the classic Punjabi poetries which will remind you of Bulleh Shah poetry.”

Tags:
Previous Article
Why Hide Dandruff When Himalaya Has The Perfect Solution
Next Article
9122 Records is to launch “Skeletons” by Tara McDonald and Amrit Dasu