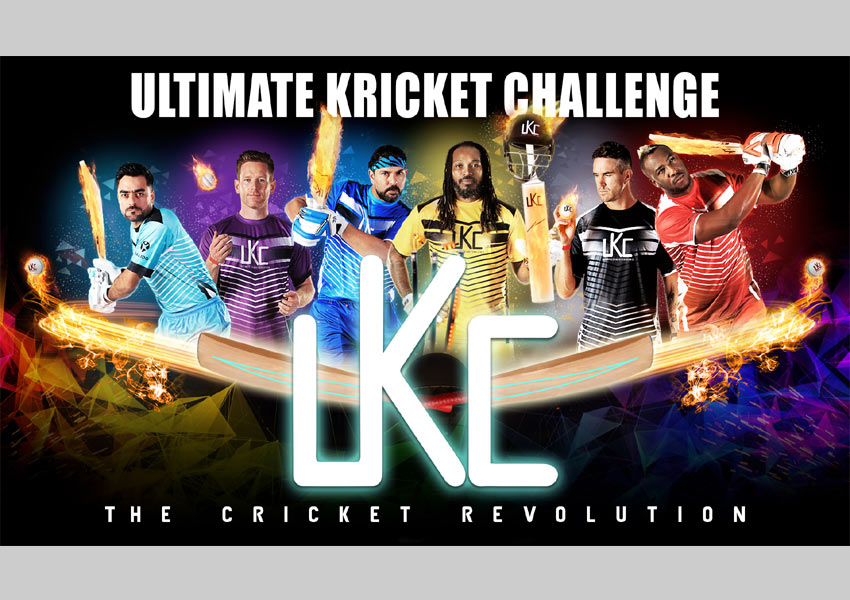 ‘Ultimate Kricket Challenge (UKC)’, the new revolutionary twist on cricket, will be back with a bigger, better and richer season 2 in the Q1 of 2021. The series that is captivatingsportsfan, like no other format, with its unique rules and no holds barred approach will be back with a bigger pool of superstars in the next season. The cricketing superheroes will go one on one against each other in the cage styled UKC dome in Dubai with the right to be crowned the best in the world, along with $1 million as prize money

Announcing the new season, Ravi Thakran, Chairman, UKC said. “UKC is an revolutionary format where players will go one on one against the best in the world. We have received great feedback from the players and viewers alike. The format allows an action-packed contest without any rain delays, effected by pitch conditions and a shorter snappier format. UKC is about growing the sport of cricket and given the short length of tournament it means we can host multiple tournaments without disturbing the current cricketing calendar. Season 2 will have more than 6 superstars vying to be declared the real champ in a one-on-one format as well as USD 1 million as winners cheque.”

The first of its kind, this 16-match tournament has new cricket rules with each match consisting of 2 UKC contenders squaring off against each other across 4 innings of 15-ballseach in every match.

Each innings consists of 15 balls and a UKC Contender must bowl a minimum of 8 balls per inning, while a sub player – an ‘Ace’- can bowl a maximum of 7 balls per innings. Each UKC Contender when bowling is assisted by 1 fielder and 1 wicketkeeper inside the UKC Dome. A UKC Contender while batting can gain run(s) only after they complete a physical run. Scoring is divided in to 6 scoring zones of 1 run, 2 runs, 3 runs, 4 runs , 6 runs and 12 runs, if a batterhits the Bullseye. Every time a batter gets out, 5 runs are deducted from the total.

Catch all the action of the ongoing season 1 of Ultimate Kricket Challenge every day exclusively on the Star Sports and Disney+ Hotstar at 9:30 PM, till January 1, 2021.