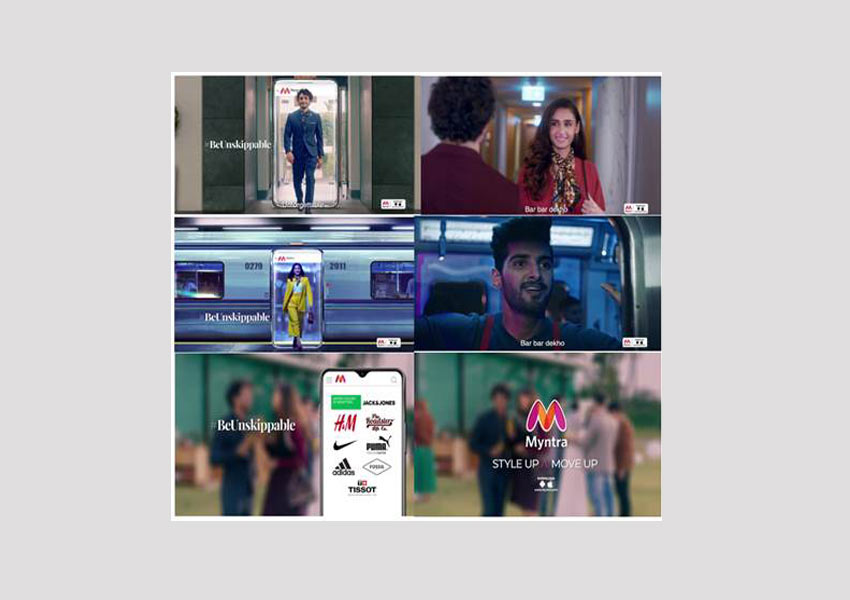 Myntra announces the launch of #BeUnskippable, a new brand campaign that highlights its role as a fashion expert for its customers. The positioning pivots on Myntra being the facilitator for people to make an impression with fashion. It urges everyone to ‘Style up, Move up’, in order to take on a very competitive world that offers only a few seconds to get noticed or risk being ‘skipped’.

Myntra is widely recognised as the leading destination for fashion and lifestyle alongside offering a host of industry-first experiences to make shopping for fashion online, more convenient. The #BeUnskippable campaign is aimed at taking the brand a step further, into the realm of helping people chart their own success in professional and social environments, as their style expert. The concept has been captured and rendered through two 30 second ad films, targeted at men and women respectively. The narrative of the campaign describes fashion as the easiest means of creating an impression, without the person having to say a word, or risk being unnoticed or skipped, like most other ordinary things around us – and who other than Myntra for that instant edge!

The films take viewers through regular social settings, such as, a metro station, a café, a music concert, the corridor of a hotel, a restaurant and a gathering of young entrepreneurs, with the protagonist’s arrival or presence getting noticed for his or her style. It indicates that fashion has a strong influence on people’s perception of you or your abilities and sometimes could present a life-changing opportunity. The background score further adds to the narration, with the famous song, ‘Baar Baar Dekho, Hazar Bar…..’, implying that one cannot stop admiring a well-dressed or fashionable person. The videos strongly connect these special moments with Myntra by having the characters in question show up by walking out of a metaphorical Myntra app framework.

Tags:
Previous Article
Numero Uno: Who says you can’t SPIN, HOP or GROOVE in denims?
Next Article
Mentos all set to become a conversation starter – ‘CompliMentos’