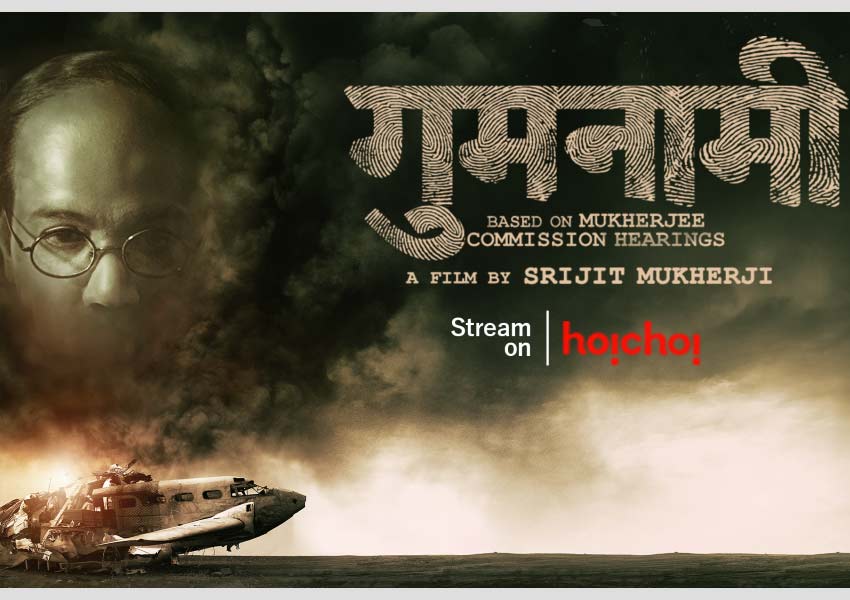 The Hindi version of National Award-Winning director Srijit Mukherji’s most talked about film Gumnaami has started streaming on hoichoi on the birth anniversary of Netaji Subhas Chandra Bose. The Bengali version of Gumnaami is one of the top grossing Bengali films during the Festival period in October and has garnered plethora of acclaim from various populations of the audience.

One of hoichoi’s top priorities for 2020 is to churn out more popular or critically acclaimed films and shows in other languages (besides Bengali) – Gumnaami is the first of this year to be delivered for the National audience on Netaji’s birth anniversary. hoichoi is the only OTT platform to stream both the Bengali and Hindi versions of Gumnaami.

The Hindi version of Gumnaami, interestingly, has been dubbed by celebrated actors from Mumbai. While veteran actor Ashish Vidyarthi has dubbed for the character of Netaji Subhas Chandra Bose (portrayed by Prosenit Chatterjee), Kay Kay Menon voiced the character of investigative journalist Chandrachur Dhar (played by Anirban Bhattacharya), talented artist Gauhar Khan has lent her voice to the character of  Ronita (essayed by Tnusree Chakraborty) and Adah Sharma to the character of Indian political reformer Leela Roy.

Here is the link to watch Gumnaami in Hindi on hoichoi.