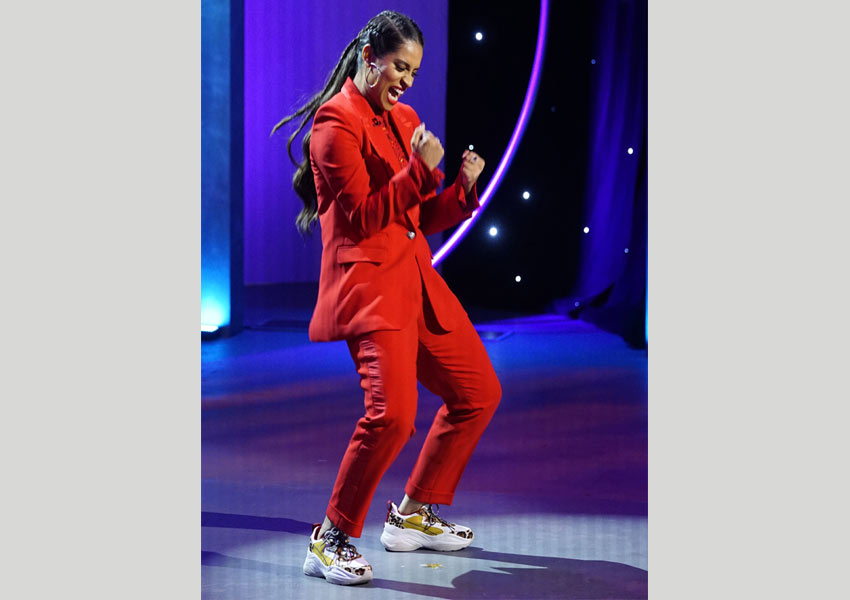 Star World is known for bringing some of the biggest shows from around the world to audiences in the country. Now, one of the most anticipated launches this fall – A Little Late with Lilly Singh readies to set sail in India on the channel on Saturday, 21st September at 8 PM.

With her late-night debut, Lilly Singh will be the first woman of Indian descent to host a late-night talk show in the U.S. She will conduct in-studio interviews along with creating and starring in pre-taped comedy sketches and signature segments.

The show premiered on NBC in the U.S. on September 16 and garnered widespread critical acclaim. The half-hour program will air on Star World every Saturday and Sunday and feature a variety of guests. The guest line-up for the debut episodes of A Little Late will include Mindy Kaling, with a special appearance by Rainn Wilson, Kenan Thompson, Tracee Ellis Ross and Chelsea Handler.

Singh will serve as Executive Producer on behalf of her company Unicorn Island Productions, along with John Irwin, a veteran producer who has vast experience with live telecasts, alternative and late-night programming including Late Night with Conan O’Brien and MadTV. In addition to Singh, the writing staff for the show will include Sean O’Connor, Marina Cockenberg, Sergio Serna, Mona Mira, Jen Burton, Joanna Bradley and Jonathan Giles.

Further, Aliyah Silverstein has signed on as showrunner while Casey Spira, Polly Auritt, Sean O’Connor and Sarah Weichel are on board as co-executive producers. The show is directed by Ryan Polito.

Singh is a multi-faceted entertainer, actress, producer, writer and creator. A leading force in the digital world, she has amassed a global audience of over 32 million followers across her social media channels, where she writes, produces and stars in comedic and inspirational videos.

She has acted in the Emmy Award®-nominated HBO film Fahrenheit 451, opposite Michael Shannon and Michael B. Jordan, as well as Bad Moms and Ice Age: Collision Course.

Singh is the New York Times® bestselling author of How to Be a Bawse: A Guide to Conquering Life. In 2017, UNICEF appointed Lilly as one of their Goodwill Ambassadors.

A Little Late with Lilly Singh will be produced by Universal Television, Singh’s Unicorn Island Productions and Irwin Entertainment.

Tags:
Previous Article
Mr. Rohit Gupta, elected as the new chairman of ASCI
Next Article
Brad Pitt opens up about his struggle with alcoholism

Star World Has Come Up with its Special Programming line-up